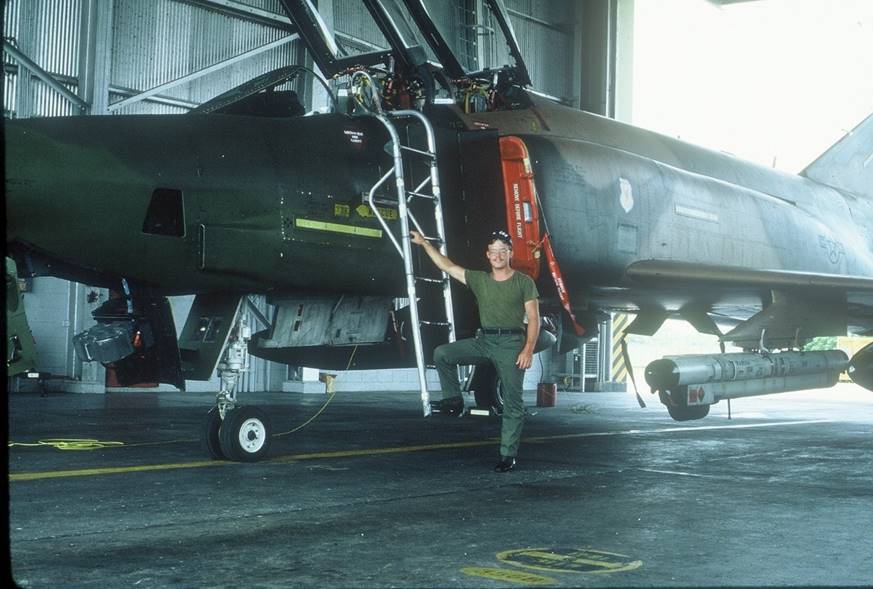 Veterans have a special bond that only those who have served in the military have and can understand. Whether in combat or not, the experience of boot camp, training, and operations are a unique walk of life not found anywhere else.

As an Air Force veteran, I was privileged to serve with the 1st Special Operations Wing, Hurlburt Field (now Hurlburt Air Force Base) in the Florida panhandle as my first duty station after technical school at Keesler AFB Mississippi. I arrived at Hurlburt in November 1978, a freshly-graduated Electronic (EW) Systems Specialist, and a year later the Iranian hostage crisis erupted and would change Special Operations forever.

I deployed with the AC-130H gunships to Anderson AFB Guam several days after the US Embassy in Tehran was overrun. We didn’t know it then but we were training and practicing for the eventual operation to free the U.S. hostages in Tehran. We were in Guam for almost 4 months and returned in early March to Florida.

In mid-April many of us in the EW shop were told to gear up and report for deployment; to where we weren’t told. After takeoff, we were told to take our unit patches off so we couldn’t be tied to our Special Operations mission. After a stop at MacGuire AFB New Jersey, we flew on to Germany, layed over for a few hours there, and then took off again, still no word of our destination. I had bought a compass before departing Florida as I suspected we might not be told where we were being sent; after taking off from Germany we took a turn south and continued on that heading. At that point, I was pretty sure we were heading for somewhere in the Middle East.

After a few hours of flying out of Germany I happened to get up and look out the cargo window of our C-141 transport plane and saw below me the Nile River delta opening up into the Mediterranean Sea. At that point, Egypt seemed our likely destination, and so it was.

We landed at an old Russian airbase in south-central Egypt, and shortly after that the Army Delta Force landed and set up in the hangar next to us. A coworker and I climbed our hangar’s embankment to get a better look and were promptly yelled at by one of Delta’s sergeants. After a couple days of settling in and covering our equipment with camouflage netting to dodge the Russian satellites flying overhead every few hours, my supervisor approached me and asked if I wanted to deploy forward with the MC-130H Combat Talons. Talons are specially-modified C-130 aircraft with terrain-following radar and a variety of electronic systems to evade and counter enemy missiles and radar. Being 19 years old and feeling 10 feet tall and bulletproof as many young servicemen do, I said “Definitely!”.

The next morning before dawn I joined a dozen or so other support technicians on an MC-130 and we took off; again, destination unknown. Our tail number and US insignia on the plane were painted over in black before we left, so when we’re shadowed by a neighboring country’s Russian MIG fighter for about 10 minutes we were more than a little nervous. Flying over hostile airspace with no external identification tends to get you shot down. Fortunately, the MIG dropped off without further incident.

A few hours later we landed on Masirah, an island off the southeast coast of Oman, wherein a few days Operation Eagle Claw would be launched. Six modified C-130’s and 8 RH-53 Marine helicopters would make a daring attempt to free the Americans held in Tehran, only to be denied success by a series of unfortunate events in the desert that cost the lives of 8 brave US servicemen, 5 from my home base of Hurlburt Field and 3 Marine helicopter crewmen.

After recovering the aircraft that survived and watching out for Iranian air patrols who vowed to destroy any American forces found, we returned to Egypt a few days later. I was met by one of my coworkers who said “We didn’t know if you were alive or not.” All they had been told was there were several people killed with no further details. We spent a few days in Egypt packing up and returned to Florida shortly thereafter.

I later was stationed in Okinawa Japan where we flew RF-4C reconnaissance aircraft against Russian and North Korean targets. Those missions were exciting, as were my deployments to Korea and the Philippines, but participating in Operation Eagle Claw was as close to combat as I would get in my military service. I maintain contact with several military buddies from Florida who also deployed to the Middle East; Dana and John and Rick, and others who trained with us but supported from home base, Mark and others. To them and to all veterans, combat or peacetime, I salute you and thank you for your service. You are not forgotten. 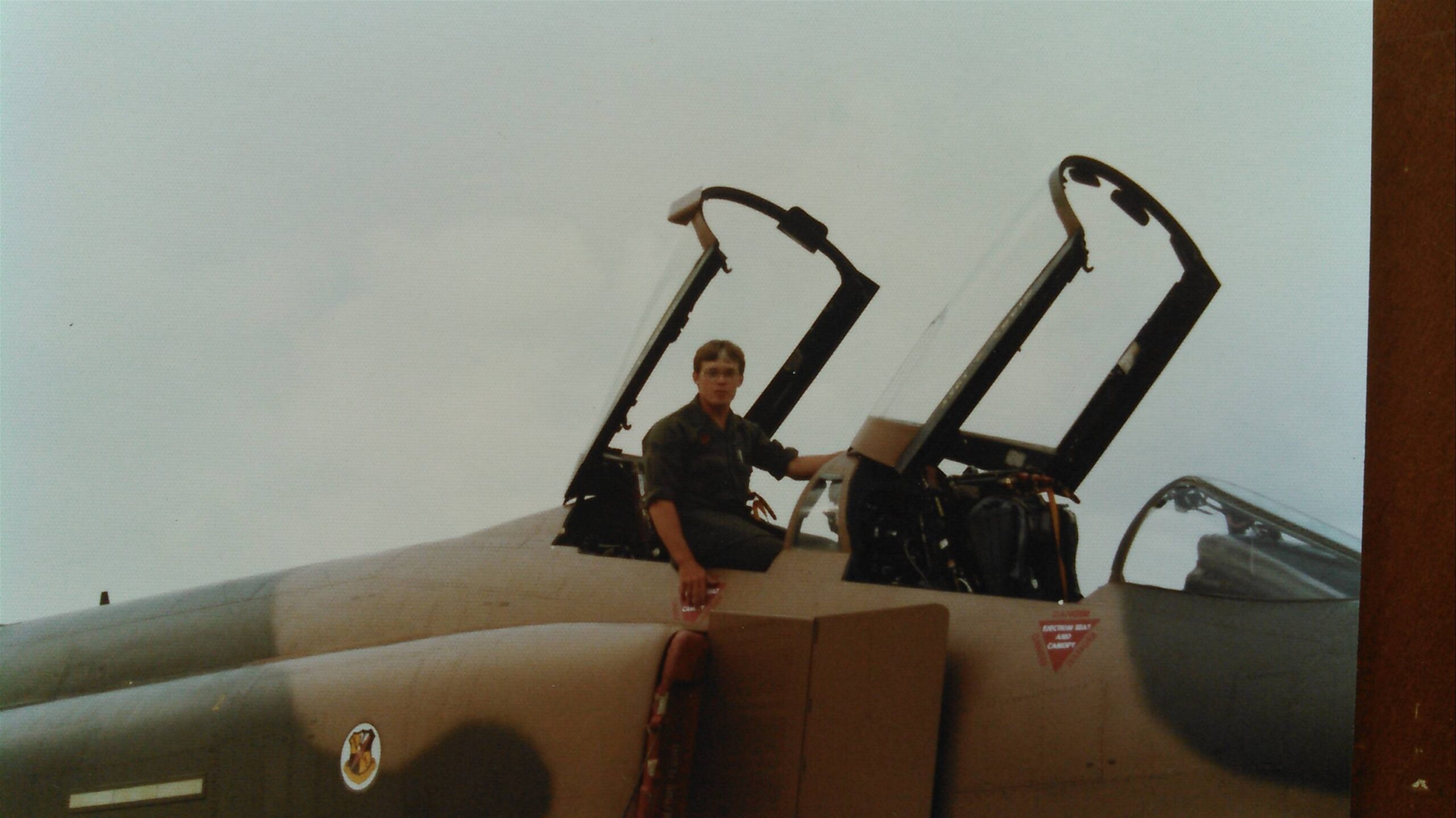 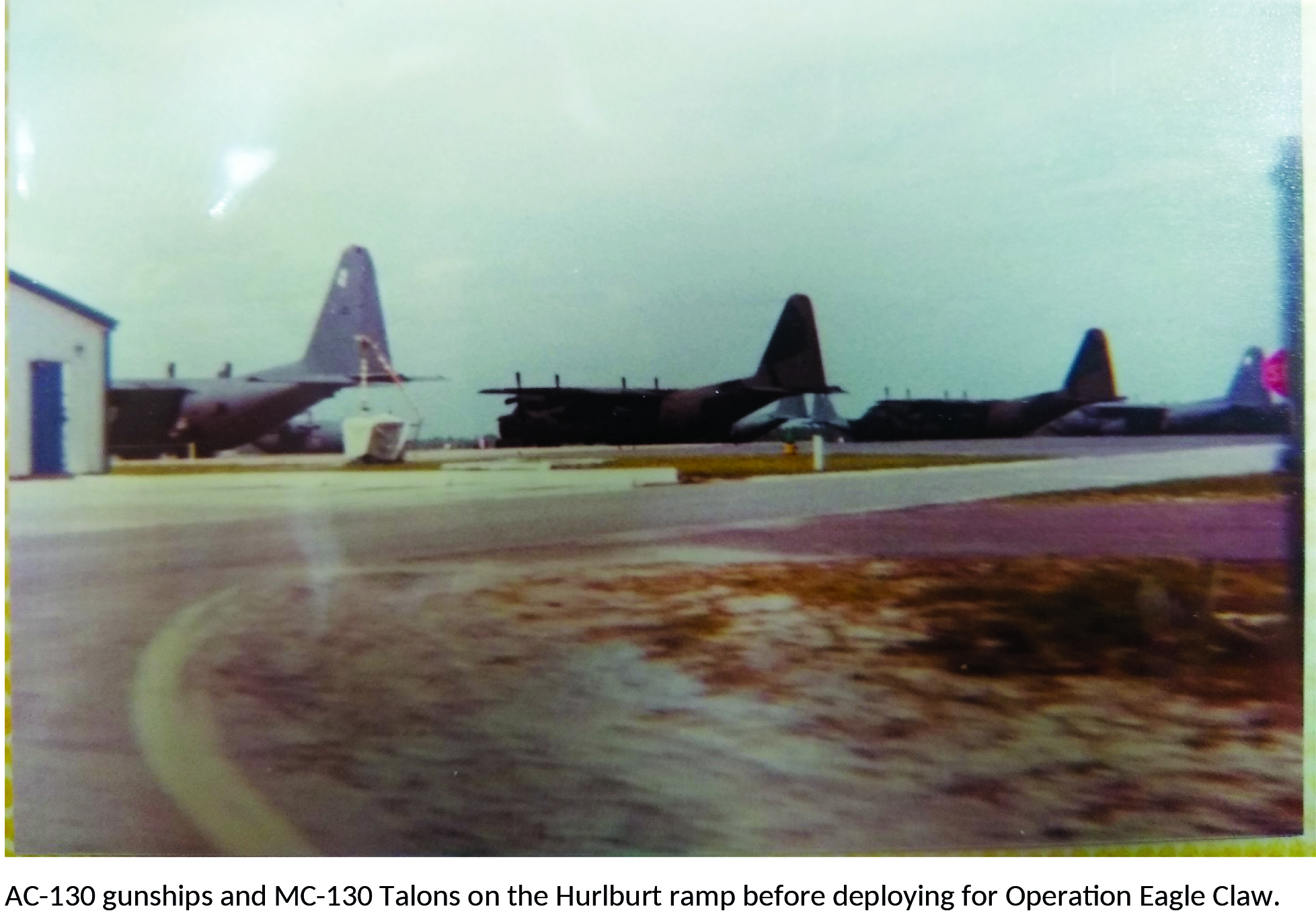 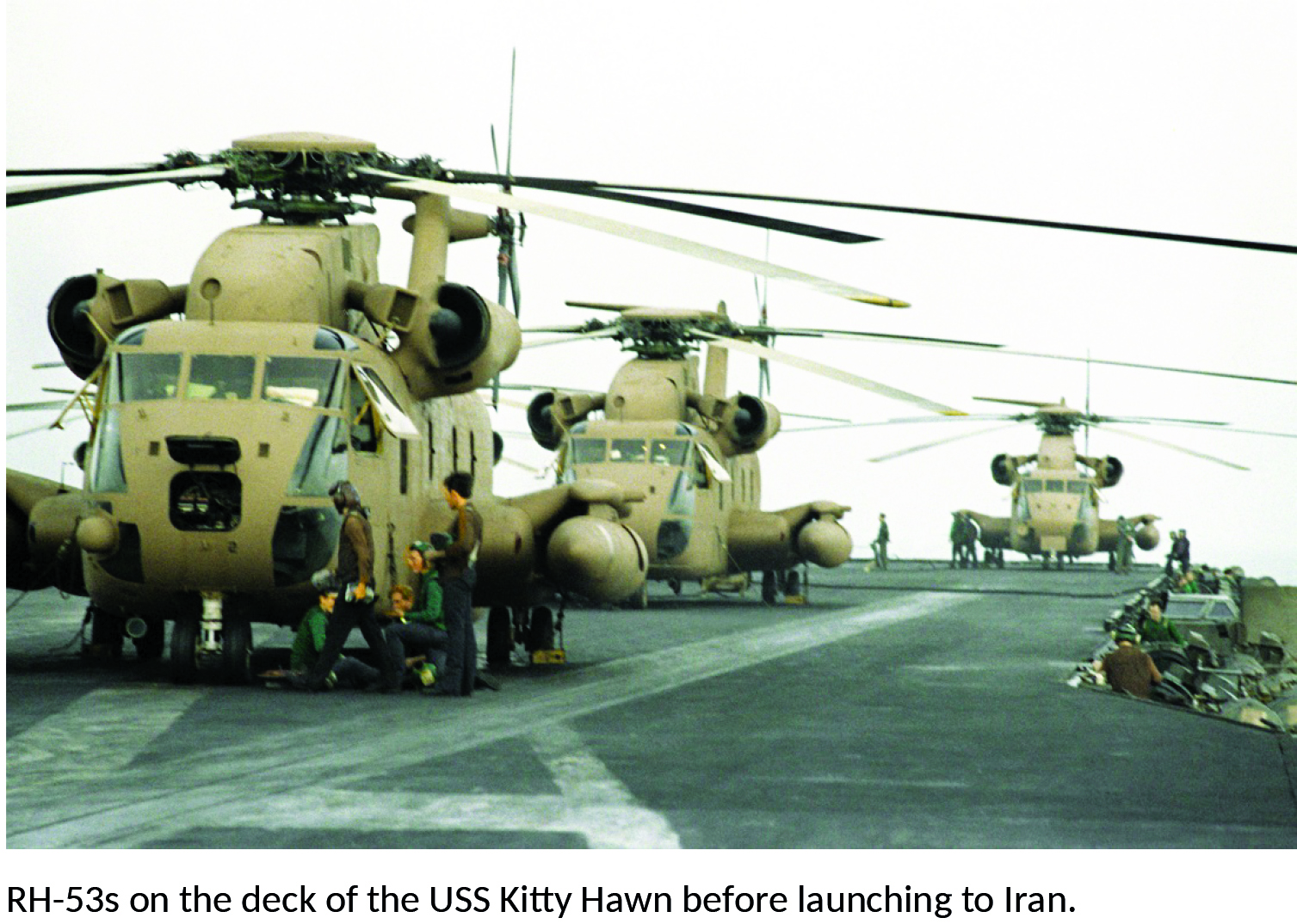 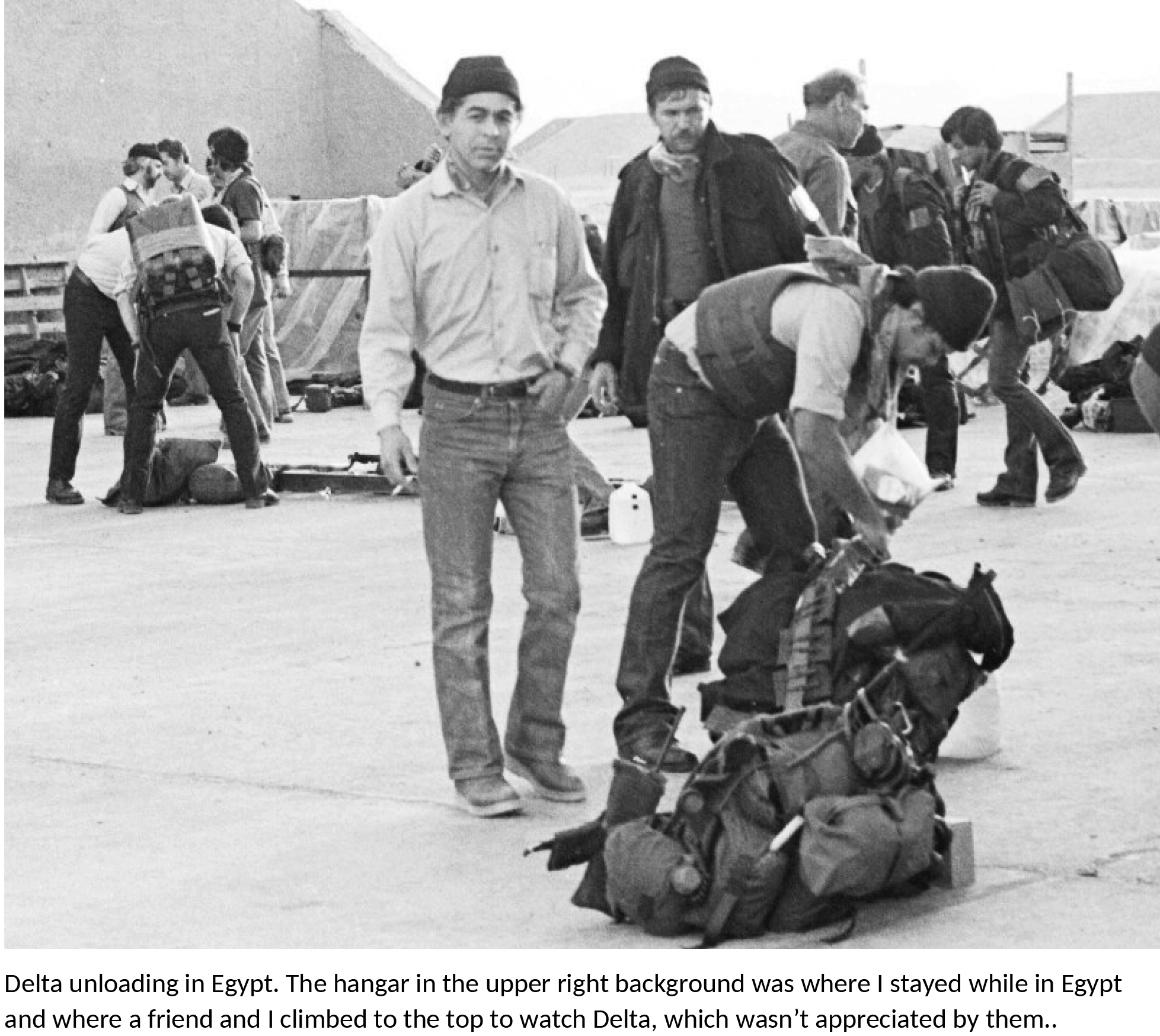