The Dream Center of Alton helps break chains of crime and addiction to restore hope to returning citizens.

Metro East native Dar Bryant lived a life of crime for over 20 years.

“I don’t know many people who lived the way that I did that are still alive to tell about it, unless they are in prison,” he said. “I’ve had more near-death experiences than I can count – drug overdoses, a shootout with a drug dealer, police chases, a dozen red laser lights from guns pointed at my chest all at the same time…”

A 1978 graduate of Roxana High, Bryant was raised in church. But then he started hanging with the wrong crowd, doing things he shouldn’t.

He got high for the first time at age 14. After that he used any drug and every drug he could get his hands on. He discovered speed at age 15, which was his drug of choice for the next 18 years.

Though an admitted drug addict, he was a functional one. He had several successful businesses including video stores when they became the new big “thing.” He had a video/music production studio and many may remember him from 1987 when he ran the Coliseum Night Club in Benld.

The Coliseum Night Club was very successful, but the town wasn’t happy about the hundreds of outsiders it brought to their quiet little town every weekend. Eventually law enforcement shut them down after setting up an underage drinking sting.

So Bryant turned to a career in manufacturing methamphetamine, and other drugs as well. 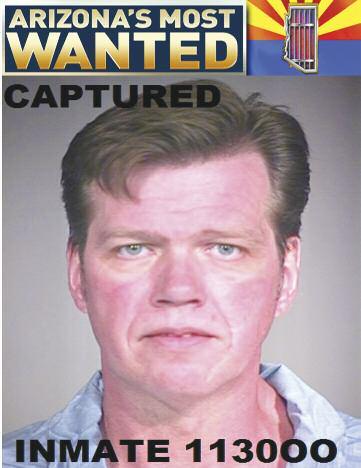 But his descent into drug addiction and his years-long career as a high-profile drug dealer, smuggler and trafficker made him a target for law enforcement. So he moved with his wife and children to Phoenix to avoid the repercussions.

In Arizona, things went from bad to worse. Soon he was involved with smuggling illegal immigrants across the border. He was forging fake identities, counterfeiting, and once again making and dealing dope.

“I was selling guns too,” he said. “At one point, I was selling more guns than drugs. I was living under fake identities, changing my identity and moving nearly every month to keep ahead of law enforcement.”

He ultimately became one of Arizona’s “Ten Most Wanted,” but was eventually apprehended.

Charged with 20 felony crimes, he could have easily been given a 25-year minimum sentence. Instead he was sentenced to 21 concurrent years for the crimes he committed, which meant a total of 7 years to be served. With good behavior, Bryant served only 3 1/2 years before being released on parole.

Bryant stayed clean and built a good life for the next ten years. Then, one day, an opportunity for him to get high once again presented itself and – he did. Spiraling down-ward even faster than before, he was back in prison just eight months later.

This time when he was released from prison, he fulfilled the promises he made to his family to stay clean and lead a productive life. He recommitted his life to God at The River (formerly the River of Life Family Church).

Pastor Mark began encouraging him to tell his story, but he resisted for years.

“These people didn’t know what I had done, and I didn’t want them to.” he said. “I feared they would reject me if they knew.”

Finally he agreed to bare his soul, but instead of the rejection he anticipated from the congregation, he was met with love and support. Many thanked him and shared their own experiences with family, friends and loved ones struggling in a life with addiction. By sharing his story, and inspiring others to share theirs, The Dream Center of Alton was born.

The Dream Center’s mission is to harvest the incredible potential that lies within the life of every at risk youth and “returning citizen” – the term used for former inmates by instilling hope and restoring broken dreams.

Feelings of enormous pressure, self-deprecation and paranoia are common after being released from prison and can facilitate the failure of the returning citizen to readjust back into society.

“The stigma is daunting. You feel like everybody knows you just got out of prison, like nobody trusts you. You’re scared to death,” Bryant said. “I had every opportunity to get better, but I was too busy being mad at everyone and everything, including God. But I didn’t have the strength to get better on my own.”
There are over 70,000 incarcerated individuals in the state of Illinois today. Nationwide there are 2,233,000 adults incarcerated and an additional 4,500,000 on probation or parole.

Statistics say that if a returning citizen does not get stabilized within the first 90 days, they will end up back in a life of crime, and back in prison.

Why is that your concern? Consider this… it costs taxpayers $140,000 to arrest, prosecute and house/feed an inmate for three years. (It costs between $24K-$30K annually to just house/feed them.) It costs the Dream Center only $2,400 per returning citizen to assist them for three years.

These results don’t just affect the returning citizen. It touches the lives of family, friends, co-workers and ultimately everyone in the community.

It was a renewed faith in God, the church-based prison ministry program at The River Church and an emotionally and financially supportive family that finally instilled true change of both mind and spirit in Dar Bryant. But not everyone has that type of support.

“Whether it’s a belief in God, or simply being surrounded by healthy minds, being part of a community is essential to rehabilitation,” said Mark Church, pastor at The River.

“When you connect with other people, you can take off the mask in a safe environment in a group of people that are there for each other. We need each other for this process. It’s not a lone-ranger thing,” Church added.

State budget cuts have made community-based services such as those offered by The Dream Center more necessary. Without the support of a network and basic necessities, Bryant said, getting out of prison is liberation in name only.

Sometimes inmates have only the clothes on their back when they are released.

“Freedom, when you have nothing, is not freedom at all,” Bryant said.

The Dream Center of Alton works closely with the Illinois Department of Corrections, Parole Officers and all law enforcement agencies, including the juvenile divisions.

“Two thirds of youth in custody today are there because of non-violent offenses,” Bryant explained. “For them we offer progressive social action projects aimed at fostering personal transformation, building leadership skills, promoting organizational development and forging effective coalitions. We teach them how to be self-reliant, and how to develop and maintain positive human relations.”

As I was preparing to leave after my interview with Bryant, he handed me a letter he had received. It was from a woman that spoke of how she had lost her only daughter to a drug overdose and ended up raising her 2-year old grandson as her own. When she found out he too was using drugs, the nightmare began for her again. He ended up in prison, was released, and back in again. Then right before his release from his second term the grandmother saw Bryant on television. She reached out to him, and when her grandson was released from prison she suggested he visit Bryant as well. It had already been advised by his parole officer. The young man met with Bryant and with the help of The Dream Center, has turned his life around. She was writing to thank him.

“I couldn’t do any of this without the great team of volunteers we have,” Bryant emphasized.” Pointing to the letter he added, “But this, this is why we do it.”

If you want the nitty-gritty details of Dar Bryant’s life, spiraling down to the dark depths of drug addiction and crime, and back, read his book. Information is in the side bar at the right. It may provide you with a totally new outlook on addiction, inmates, and what we can do to help, like it did for me. Thank you Dar for opening up to The Buzz!