Laughter: The Best Form of Therapy 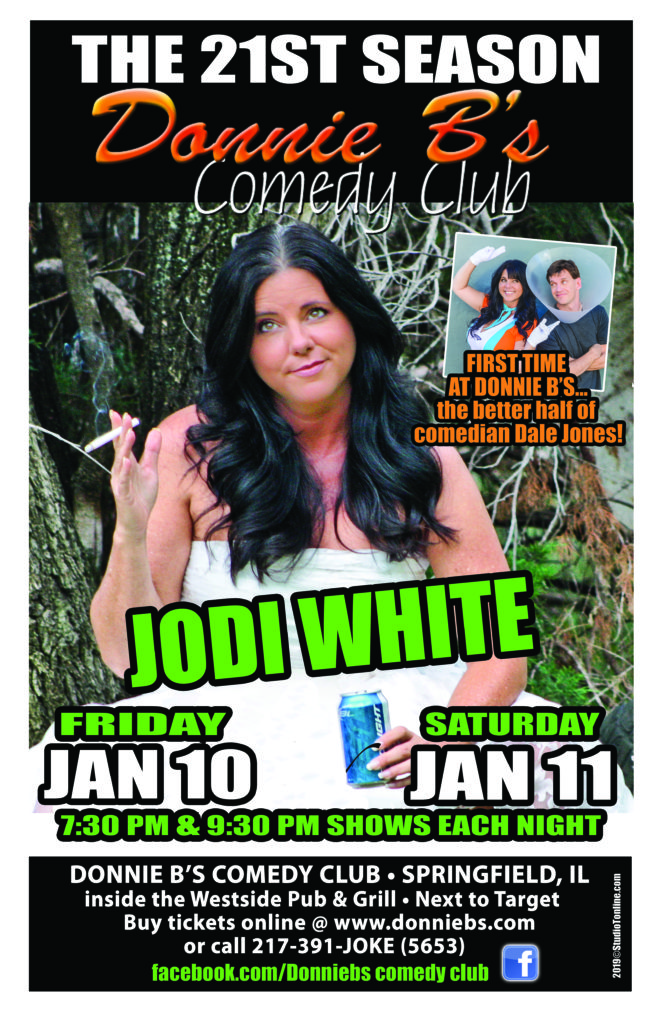 From there to here, from here to there, funny things are everywhere!
Dr. Suess

I do love Dr. Suess. Dont you? And you know what else I love? Laughing. LAUGHING! Don’t you?

Something else I love is a story about someone who is making it, despite all odds. Or maybe – not quite making it, yet – but giving it one heck of a try!

Laughter – the best form of therapy. Forgive me for not giving credit to the person who “coined” this. I couldn’t make the image on the internet large enough to see who deserves the kudos. Please do not sue me. Just be glad that I quoted you, and that hopefully – you and I together – helped insight a little more laughter in the lives of many people. If you want to laugh, if you want to escape from the reality and pressures of life, for just two hours, Donnie B’s Comedy Club in Springfield is your ‘go to’ place.

I sat down with Donald Bassford (Donnie B) recently and gained a entirely new respect for this man, and what he is trying to accomplish. It’s not a “rags to riches’ “story (I’m sure he hoped it was!). It’s more like a “rags to rags, to riches, back to rags, to… what the heck is going on now,”story. But I think it’s a good story. And I would like to share it with you.

When I sat down with Donnie B we talked about his life, his journey, and what makes him put his “all and everything” into keeping a local comedy club open.

You see, Donnie B didn’t have a very good home life growing up. His father died when he was 12 years old. His mother was physically abusive to him, and to his 6 siblings. He often watched late night comedy shows – Bob Newhart and the like – to escape.

Donnie B was just 15 years old when he decided he couldn’t take it anymore. He left everything behind, including his twin sister, and ran away from home.

“I took everything I had…basically just my clothes… and a little bit of money that Ihad managed to scrounge up. I got on a bus, from Arkansas, back to Illinois, where we were originally from,” Donnie B told me.

I lied about my age so I could get a job. I was a 15 year old kid trying to make his way in the world, alone. I did what I had to do.”

Donnie B quickly secured a job at The Baron of Beef, and soon was promoted to Assistant Manger, making $200 per week salary.

“That wasn’t much. Especially considering that I was working close to 94 hours per week,” he continued, “But it allowed me to get an apartment, and it paid what few bills I had.”

One day while working, he recognized a customer as one of his mother’s best friends. He knew the man would call his mother and give away his location, and his freedom. So he went to the manager of the eatery and explained the situation. That kind man drove him to Pontiac, and got him a hotel room for the night. Once again, young Donnie B was all alone.

Over the next several years Donnie B lived in many places and held many jobs. He sold insurance. He built monuments. He even owned his own publication, a television review magazine. He got married, had kids, got divorced. But comedy always helped him through rough times.

As the years went by, Donnie B was able to afford to go to comedy clubs in St. Louis, to “escape,” and the desire to start something similar more locally, in Springfield, sparked inside of him. That spark grew until it was a towering inferno. In 1999 he opened his first comedy club, The Spot, which was the first franchise of the Funny Bone, once the world’s largest comedy club.

“It was great!” he exclaimed. “It was over 20,000 square feet. We were the biggest bar in town. We were always busy and things were going well.”

But then again, there was little parking for the patrons. They would park where they were not allowed and when their cars got towed, they came down on him.  Plus the building was over 100 years old, and the club was upstairs.

“We literally carried people using wheelchairs up and down the stairs,” Donnie B told me.

The Funny Bone told him he had to find a new location. So he did. And he took on three partners to assist in the endeavor. They spent $250,000 remodeling the new location, and although it was a bit smaller than the flagship club, this one had private banquet rooms they could rent out and other amenities that helped make the business profitable. However, the partners didn’t get along all that well, and also drank up a lot of the profits. Still, the business was prospering, so Donnie B bought out the partners and continued to operate, successfully. Until the smoking ban.

“When the smoking ban went into place, it hit is hard,” he said. “Our business was literally reduced by over 50 percent by this.”

Trying to keep his dream alive, Donnie B opted to find a smaller, less expensive location for his comedy club. The Route 66 Hotel was the third location for the comedy club, now also named appropriately, Donnie B’s Comedy Club. He remained at this location for two years. This time the landlord, who also owned home health care businesses and was not getting paid by the government, was told by his accountants to ‘get rid of his toys,” of which the hotel was one.

Now imagine, here you are, you have put 19 years of blood, sweat and tears into this business, into this dream. You’ve had to change locations three times already. But you can do it again. And Donnie B did. He found a building that had been empty for all but 6 months during the previous 12 years. And it’s wasn’t a bad location. Retail giants Walmart and Target adjoined the property. He took the plunge.

Donnie B got the keys to the building on Freedom Drive on Labor Day of 2015 – and walked into a nightmare. The entire building was full of junk and debris.  There was water damage, rats had chewed through electrical lines and, to top it off, someone had stolen the heating and air conditioning units. But Donnie B is not one to succumb to a little bit of pressure. So he used his last line of credit, including the equity in his house, and with the help of his son Don Jr. -who has been by his side through it all – and some hired labor… working 7 days a week, 14 hours a day… and $144,000 later… Donnie B’s Comedy Club opened once again.

Donnie B also gives local up-and-coming comedians a stage – to be seen, heard and to hone their skills – using them as openers for the top name national acts.

The road for Donnie B has been long. The road has been hard. There were times when he wanted to throw in the towel.

“The first December we were open at this location, Air Masters had their Christmas Party here… they had done a lot of the repair work to get us up and going,” Donnie B said, “And the  owner  of Air Masters told me that while we were getting the place ready, he used to go home every night and pray for me, because he could see how weary I was and he was afraid that I?might just die in my sleep.”

So why has Donald Bassford stuck by this dream for so long? This dream that has almost decimated him physically, emotionally and financially over the last 21 years?

“The world needs comedy more today than they every have,” Donnie B said. “Studies show that one hour of negativity or meanness actually harms your immune system for 48 hours. But one hour of laughter boosts your immunity for an entire week. Laughter IS the best form of therapy.

It made me strong.  Kept me strong.  I want it to be there for someone else that needs this form of therapy, when they need it.”

Donnie B’s Comedy Club, and the West Side Pub & Grill, is located at 3455 Freedom Drive in Springfield, next to Target. Top name comedians entertain patrons every weekend from October through April. Two shows are held every Friday and Saturday night, with one at 7:30 pm and the second show at 9:30 pm. The club can seat 150 per show. Occasionally, comedians or other events are hosted during the off season as well. Tickets for the comedy shows normally range from $15-$20, depending on the seating, but are sometimes a bit higher, depending on the comedian.

And if you didn’t catch the West Side Pub addition… yes, Donald Bassford also owns the Westside Pub& Grill, which houses Donnie B’s Comedy Club. They are open Tuesday through Thursday, 4-11 pm, and Friday-Saturday, 4 pm-1 am. They have a limited menu but I can testify that every item on that menu is delicious. Amazing egg rolls top my favorites as an appetizer, they feature all-you-can-eat walleye every Friday and Saturday, and their burgers are among the best I’ve ever had. Another thing I like about West Side Pub and Grill is how clean it is, and how attentive and friendly the staff is.

“I am pretty hard on my employess,” Donnie B laughed. “I let them know that if they see something they wouldn’t want to see when they go out, then take care of it. Keep the restrooms clean, keep the salt shakers full, make sure drink refills are readily available. They do a good job.” 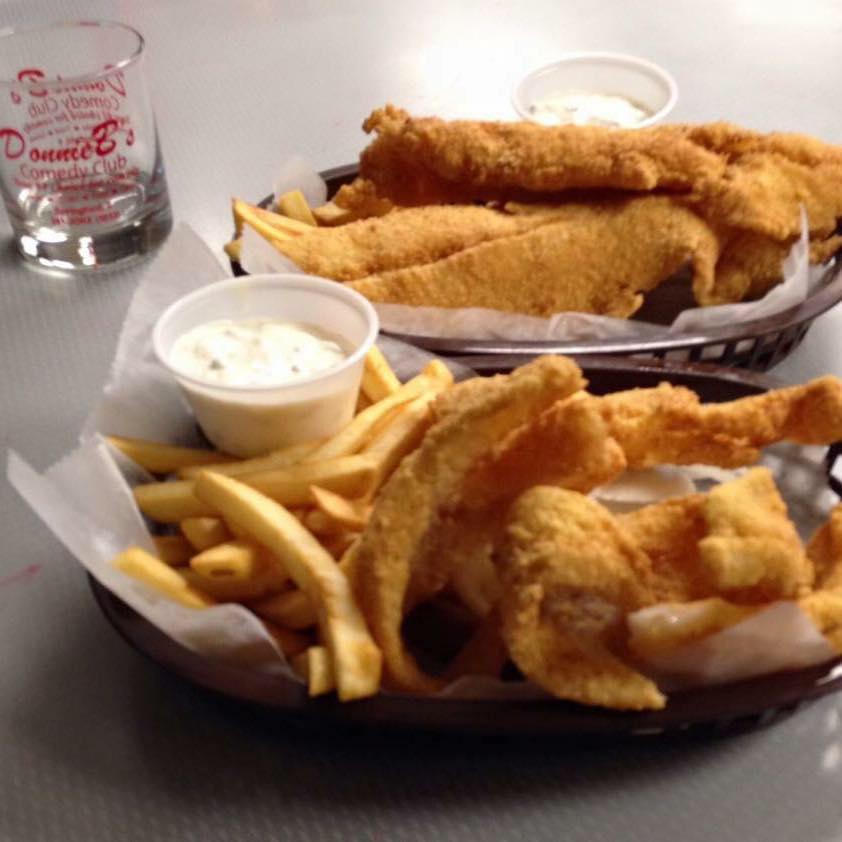 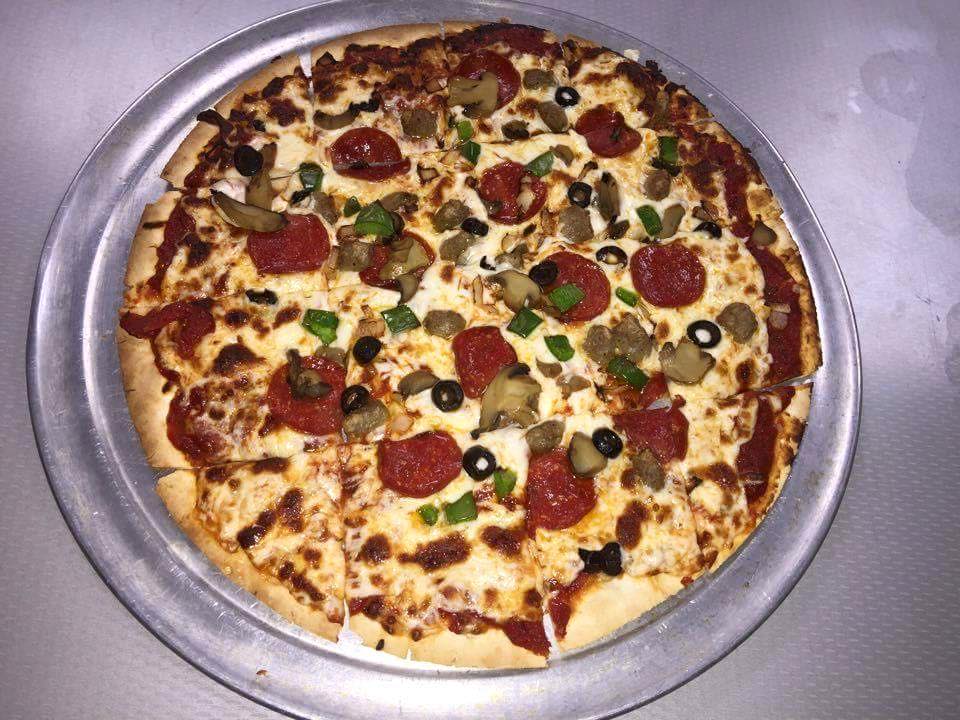